An important attribute in deciding a person's risk of getting coronary heart disease. When you have too much cholesterol in your Blood, the excess builds up on the walls of the arteries that carry Blood to the heart. This buildup is called "atherosclerosis" or "hardening of the arteries." It narrows the arteries and can slow down or block Blood flow to the heart. With less Blood, the heart gets less oxygen. With not enough oxygen to the heart, there may be chest pain, heart attack, or even death. Cholesterol buildup is the most common cause of heart disease, and it happens so slowly that you are not even aware of it. The higher your Blood cholesterol, the greater your chance of this buildup.

A most often hereditary Blood disorder that causes body tissue to absorb and store too much iron. Hemochromatosis is not "caught." The disease (which is actually many diseases) has also been known to develop as a result of dietary iron intake in sufficient quantity. Its worst effects are preventable, by early diagnosis and treatment, but, if the patient is not found in time, it is crippling and potentially fatal.

(also Haemophilia) A genetic Blood disease that causes the Blood to be unable to form a firm clot normally and quickly.

A Blood-borne disease of the human immune system that is characterized cytologically especially by a reduction in the numbers of CD4-bearing helper T cells, to 20% or less of normal, rendering the subject highly vulnerable to life-threatening conditions, such as pneumonia. There are others that become life-threatening (such as Kaposi's sarcoma) and that are caused by infection with HIV. HIV has been found in Blood, semen, saliva, tears, nervous system tissue, breast milk, and female genital tract secretions; however, only Blood, semen, female genital tract secretions, and breast milk have been proven to transmit HIV to others. It is most commonly transmitted in infected Blood and bodily secretions (e.g. semen), commonly during illicit IV drug use and/or sexual intercourse.  Read more about the AIDS Debate, click here.

Often referred to as cancer of the Blood, a malignant condition affecting the immature Blood-forming cells in the bone marrow.

Lymphatic filariasis is a debilitating Blood disease caused by nematode worms of the genera Wucheriaand Brugia. Larval worms circulate in the Bloodstream of infected persons, and adult worms live in the lymphatic vessels. Lymphatic filariasis is not life threatening, but it does cause extreme discomfort, swelling of the limbs and genitals, damage to the kidneys and lymphatic system, impairment of the body’s ability to fight infection, and general malaise. In addition, it produces immeasurable emotional and economic costs in terms of the disruption of family and community life. Approximately 120 million people in 73 endemic countries world-wide located primarily throughout tropical and subtropical regions of South America, Asia, the Pacific Islands and Africa. Although designated by the World Health Organization (WHO) as the world’s second leading cause of permanent and lon 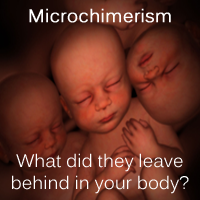 g-term disability, this mosquito-transmitted Blood borne disease is "potentially eradicable" through drug therapy and vector control. Infection rates are increasing with the continued expansion of urbanization that is underway in the tropics.

Occurs in one to five of every 100,000 people. With this Blood disorder, patients not only have more red cells, that is, hematocrits can almost double in some cases, but there is also a slow, steady buildup of white cells and platelets. Blood volume also increases, which masks the disease from the doctor while putting the patient at a higher risk of Blood clots and stroke. Women under the age of 40 are at particular risk for clotting complications.

Also known as gram-negative bacteremia and gram-positive bacteremia, Sepsis is an overwhelming and life-threatening bacterial infection of the Blood and body organs caused by bacteria that has entered body tissue, most often through a wound or incision, that leads to the formation of pus, and/or to the spread of the sepsis bacteria throughout the Blood stream. Sepsis is often caused by organisms that are resistant to most standard antibiotics and more often than not, is found in people with a weakened immune systems. Commonly affected areas are the lungs, the genitourinary tract, the liver or liver secretion tract, the gastrointestinal tract, surgical wounds or drains, and spots of skin disturbance known as decubitus ulcers or bedsores. Sepsis infection can lead to a form of shock, known as septic shock. 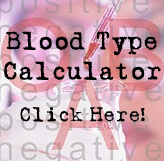 A group of fatal genetic Blood disorders. The WHO recognizes Thalassemia as the most prevalent inherited genetic Blood disorder in the world. An estimated 2 million Americans are carriers of the genetic trait for thalassemia, predominately those of Mediterranean and Asian Indian, South Asian and Chinese ancestry.

Defined as an abnormal drop in the number of blood cells involved in forming blood clots. This condition of low blood platelet count occurs in about 7-8% of all pregnancies. This deficiency of platelets in the blood can often cause bleeding into the tissues, bruising, and slow blood clotting after injury. Platelet disorders are often diagnosed during pregnancy since prenatal care includes blood work. Thrombocytopenia can result from a wide range of conditions, including pregnancy.

When the platelets try to patch up an injury within a small Blood vessel and completely plug it up instead. This plug obstructs the normal flow of Blood and can result in a heart attack or stroke.

LEARN MORE IN THE FREEZONE!

Visit the  or the

Become a Member - Get More...Get Involved! 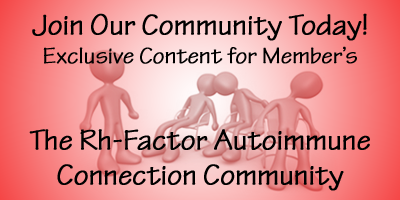 What is the Importance?
Read more about why it matters